Your body clock, or circadian rhythm, can affect your health if it gets out of sync. 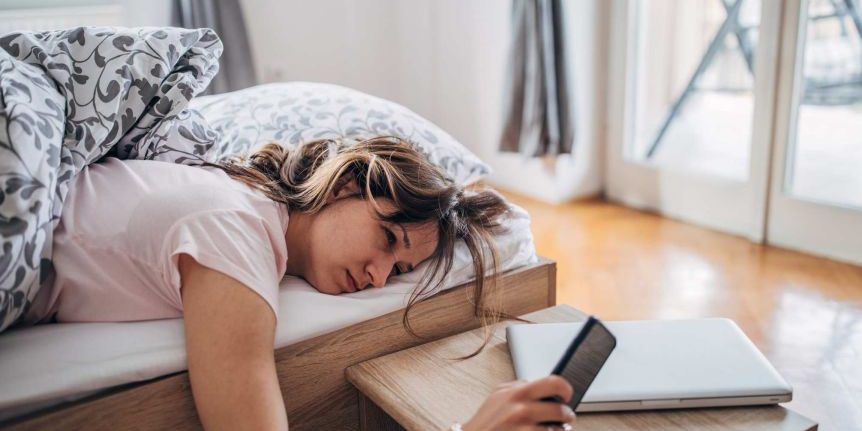 What is the body clock?

Your body naturally has a roughly 24-hour cycle, called the circadian rhythm.

This «clock» is built into every cell in your body — indeed, in every living thing on this planet — but it’s not an exact 24 hours.

That’s why your body also has a «master clock», deep in your brain, which keeps you in step with the actual day-night cycle that’s happening outside your body.

When morning light hits your eyes, it sends a signal to this master clock that day has begun, and triggers hormones to be released to tell your cells to do what they do best in the day.

In humans, that’s metabolising energy. And at night, different hormones are released to tell your body’s cells it’s time to rest and repair.

But any shift worker, new parent or late-night screen-watcher can tell you it’s not always possible to live in harmony with the Earth’s natural day-night cycle.

Sleep is probably the most obvious thing that’s tied to the body clock. We humans are diurnal, generally awake and eating food in the daytime, and sleeping when it’s dark.

Morning light — especially the blue part of the spectrum — is a strong cue to your body that it’s time to start waking up and doing things, says Morag Young, an expert in cardiovascular endocrinology at the Baker Institute.

But many of us are now being exposed to this blue light at night.

«Trying to avoid exposure to this blue light, which we get from our computer screens and television screens at the biological night is important,» Dr Young says.

Many tech companies now have products that tone down the blue light in screens after sundown.

Sleep experts also recommend switching off screens earlier in the evening if getting off to sleep at night is hard for you.

Having said that, Drew Dawson, a sleep and fatigue expert at CQ University, doesn’t recommend letting your sleep cycle rule your life.

«Flexibility and adaptability is one of the key unique aspects of humanity,» he says.

«Yes, you could improve your circadian system, but everything in life has costs and benefits.»

«If I forego half an hour of sleep relative to my peers when I’m young for a couple of years and I end up a doctor or a professor … That might be an eminently sensible decision.»

Similarly, he says, many people don’t get to worry about sleeping at optimal times, because their work or family situation means being up at night is a necessity.

When you eat is important

But sleep is only part of the equation when it comes to the body clock. Food plays a role too.

«In very crude terms, there are two sets of processes that need to go on in a cell,» says Gary Wittert, an endocrinologist and professor of medicine at the University of Adelaide.

«Cells need to take up nutrients and process them for energy to fuel the work that the cell needs to do. And then the other half of the day, which is night for us, is for growth and repair.»

Eating sends a cue to your body’s cells that it’s ‘day’ and time to take up nutrients.

But if you eat late at night or in the wee hours of the morning then the clock in your body’s cells may get confused and miss out on the night process.

«If you can’t undergo proper growth and repair, if the damage to the cells that has accumulated in the metabolic processes are not being fixed up, then you’re more likely to get abnormalities,» says Professor Wittert.

Additional problems can occur if the clock in your body’s cells gets out of sync with the master clock in your brain, the one that is triggered by sunlight.

«It doesn’t take much natural light to reset the clock,» Dr Young says.

«There’s an increase in metabolic and cardiac disease, as well as an increase in the risk of cancer, when there’s a mismatch between the central clock and the peripheral clock.»

What about shift workers?

Most of us don’t get to just wake up naturally when the morning light kisses our eyelids. For shift workers especially, day and night can be almost completely reversed.

And while it’s hard to separate out other disease risk factors shiftworkers are prone to — for example, eating more processed food and being more likely to drink or smoke — Dr Young says the body clock mismatch is definitely part of the problem.

«Many years ago it was assumed that shift workers would just realign perfectly to this night time existence. And it is not true. They end up in this dysfunctional circadian rhythm,» she says.

«We’re now understanding a lot better that there’s a mismatch between central time versus the peripheral clock. And part of that’s driven by the eating.»

The body clock is also integral to the proper functioning of your heart and healthy blood pressure, Dr Young says.

So are shift workers, new parents and so on just doomed?

No. But there are a few things you can do to offset the health downsides of messing with your body clock, Professor Wittert says.

«You start from the premise that shift workers are at risk. So in order to minimise risk, you need to optimise everything else other than the fact that the circadian rhythm is disrupted.»